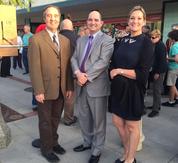 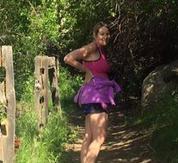 Here's what your neighbors have to say!

​"Those who know me also know that I'm a pretty hardcore Democrat. That said, I've voted for Republicans when I believed their principles and experience were superior to their Democratic opponents. In our City Council race, although I will once again vote for a Republican, Kristine C. Alessio (who has already done an outstanding job), I was also inclined to vote the Democratic candidate in the other council spot because of party.   Not anymore. That Democrat lost my vote by running a slimy campaign - first, trying to get info on his opponent via his unsuccessful attempt to add her teenage daughter as a FB friend, and second, implying that his Republican opponents support Trump - which is definitely not the case (see his flyer in the comments). In fact, at least one Republican candidate is a vocal opposer of Trump. This liberal is picking the best candidate, and that candidate happens to be an awesome conservative - Kristine Alessio."  -- Janal Urich

"Thanks for all your help.  We need to make sure that people like you, who have our interests get re-elected and elected.  Again, thanks, it is refreshing when someone on Council hears our pleas."  -- Mercy Graef 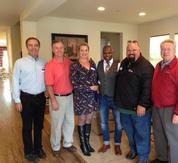 Since elected by you to the City Council four years ago, I have been working on the issues that La Mesans care about.

* Created greater transparency in City finances through the use of the OpenGov system.

* Ensured that our public safety personnel  are competitively and fairly compensated.

* Worked collaboratively with the City Council to pay down our Unfunded Pension debt.

* Worked to create an atmosphere at City Hall where public-private relationships are fostered leading to an increase in new businesses throughout the City.

Your City Council is making government work for the people.  We've moved "public comment" times at meetings to the start of the Agenda not the end, updated the City's website making it user friendly, hired a marketing team to showcase our City, restored Oktoberfest and the Antique Car Show to the Village, and worked to increase staff response times to resident concerns.

We've also have moved forward to adopt a sustainable General Plan, created a new Urban Trails program, instituted a Climate Action Program, and consistently supported and sought out funding for Safe Routes to School.  We are rapidly transforming La Mesa into a city for the 21st century that serves the needs of all citizens while retaining the small town character than we all love.

None of this would have been possible without the leadership of the Mayor and Council and cooperative spirit we have shown to each other and you, the most important part of La Mesa, our citizens.  We must continue to better La Mesa and I look forward to continuing my representation of you! 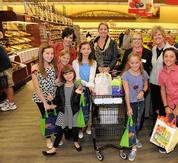 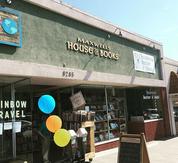 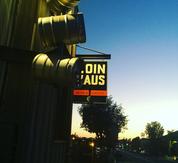